Astrology believes quite staunchly that the changes occurring in the celestial bodies influence the actions that take place on the earth. All activities that influence the human lives are dependent in some way or the other to how the stars and the planets move. This is the basic premise of the Indian astrological study known as Jyotish Shastra.

Modern science does not attribute to this kind of a study. According to modern science, all diseases are individual, and arise due to some defect or deficiency within the mechanism of the body. As such, the treatment to be employed depends on the constitution of the person afflicted, and on that factor alone. This is where astrology deviates widely from conventional medicine. Astrology would investigate the cause of the disease in the positions of the celestial bodies at the current time, and also at the time when the person was born. In fact, astrology lays great stress to the birth chart known as kundali, which shows the positions of the various stars and planets when the person was born. Astrology believes that the disease occurs because of a particular predisposition of the celestial bodies at the time of the birth of the person. Hence, the treatment methods provided by astrology would be in order to offset those changes. That is, the treatments within astrology can hardly be termed as individualistic treatments. The importance of astrology in treatment has been emphasized by none other than Hippocrates himself, the one who is called as the Father of Modern Medicine. Hippocrates has states that a physician who does not know about the principles of astrology can hardly call him/herself a physician. This is the amount of stress that the originators of modern medicine themselves put upon astrology.

Position of Astrology in Ayurveda

It can be said that there is a long parallel connection between Ayurveda, the ancient Indian science of treatment with herbs, and Jyotish, the ancient Indian astrological beliefs. Both Ayurveda and Jyotish have been mentioned in the Hindu scriptures quite profusely. Jyotish is one of the six Vedangas, which are basic disciplines necessary to understand the scriptures; while Ayurveda is an upveda which is present in the Atharvaveda, one of the four main Vedas of the Hindu religion. Atharvaveda is the last Veda, which deals with medicine.

Ayurveda literally means ‘the science of life’, and Jyotish literally means ‘the knowledge of light’. Both of them are quite intertwined within each other. Ayurveda believes in the treatment of human ailments by the prescription of herbs, while Jyotish believes that offsetting planetary and stellar defects at the time of birth of the person would relieve the person of problems. In a way, both these ancient studies look upon nature as the influencing factor in man’s life, and not vice-versa as modern science tends to believe. Charaka is considered to be the greatest Ayurvedic exponent who ever lived. He is believed to have perfected the study and written his Samhita, which is the backbone of all knowledge Ayurvedic experts have today. He has said, ‘Life is nothing but the union of the physical body, senses, mind and soul.’ The belief of soul, i.e. Atma is a very cosmic belief which is strongly corroborated by Jyotish. Jyotish believes in Punar Janam, or reincarnation. The great Jyotish Kalyana Verma has said that, ‘All good or bad deeds that a person does in one life would influence what is going to happen with him/her in the next life.’ Comparing both these thoughts, we can see how closely correlated the branches of Jyotish and Ayurveda are.

Principles of Jyotish Applied to Ayurveda

By looking at the various charts that Jyotish draws, the following things can be understood:

According to Ayurvedic beliefs, every person is a sum total of three governing humors within his/her body. These three important humors are: 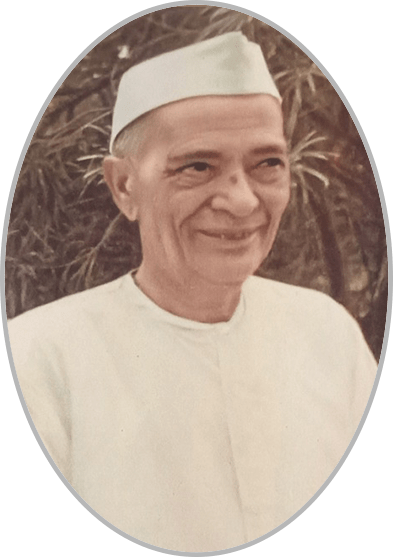